The basic operating principle of the rotary shaft seal can be described as a ‘micropump’. In other words, the lips providing dynamic sealing on the seal produce a microscopic oil film (hydrofilm) on the moving shaft. The fluid to be prevented from leaking out is pumped back into the system via this oil film. 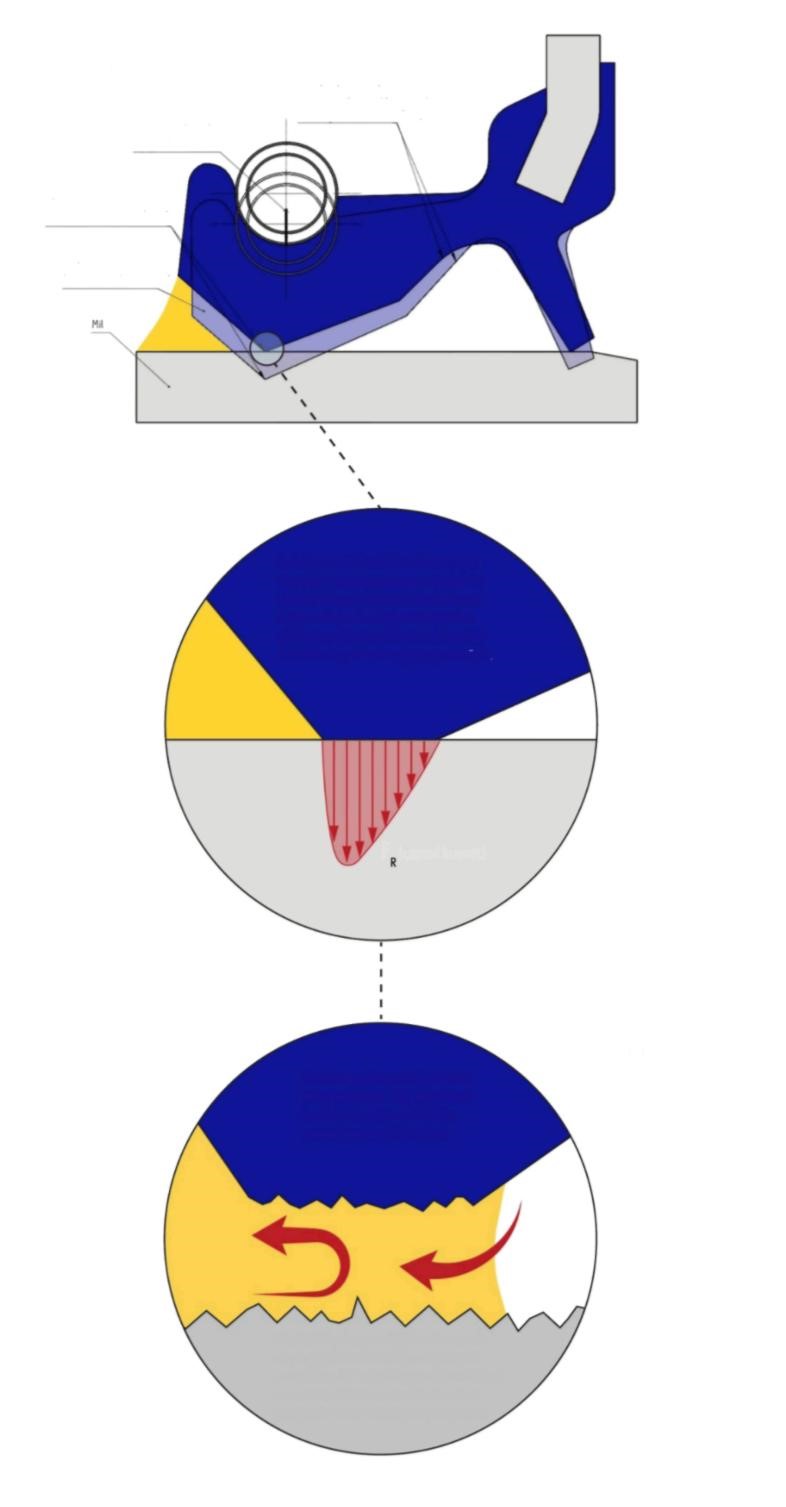 Because of oil seal function is based on oil film formation, it is important to recognize the different film structures for learning the sealing mechanism.

You can see the change in thickness (h) and coefficient of friction (µ) of the oil film according to a dimensionless G parameter in related graphs. The parameter G is simply calculated by multiplying fluid viscosity (η) and shaft speed (N), and dividing by the force (P) applied to shaft by seal.

This ‘coefficient of friction-G’ curve is referred to as Stribeck curve in literature. 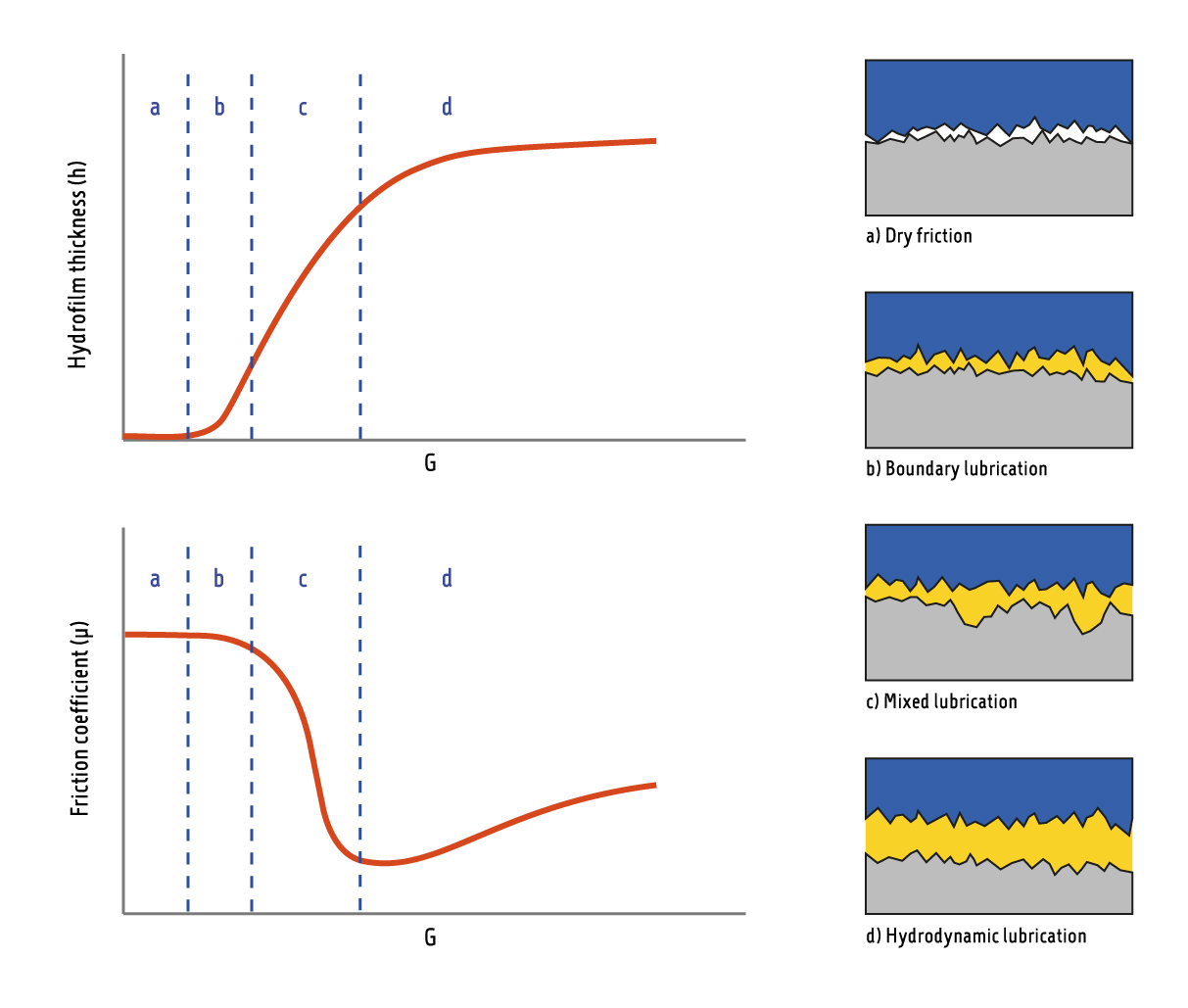 In practice, the rotary shaft applications operate in one of the four states shown above.

Seals operating in oil-free environments is exposed to dry friction like in example (a). In this case, abrasion is the highest value. This is undesirable and unexpected situation, especially for a conventional oil seal, except PTFE lipped seals operate on dry contact.

In the case of boundary lubrication (b), the thickness of the oil film is roughly equal to the average roughness of the opposite surfaces, seal lip works on a very thin oil film which is partially attached to the surface, partly above its surface knobs, and still has a high abrasion.

Most applications operate under mixed lubrication as in (c). Although a relatively thicker film of oil is formed between the lip and the shaft, there are also instantaneous or regional contact of the two opposite surfaces. There is continuous but limited abrasion.

A typical rotary shaft application operates at atmospheric pressure. In other words, it is expected that the internal and external pressure difference are negligible in the system which has a seal. In the literature, the maximum pressure difference for a standard oil seal without special design is defined as 0.5 bar. However, the rotary shaft seals used in some special applications may be exposed to positive (high pressure) or negative (vacuum) pressure. Different mechanical and material designs are used for the seals to work under pressure.

The corresponding graph shows the permissible positive pressure values for a conventional pressure seal (e.g. KK-B) that operate on a shaft of approx. Ø40 mm. 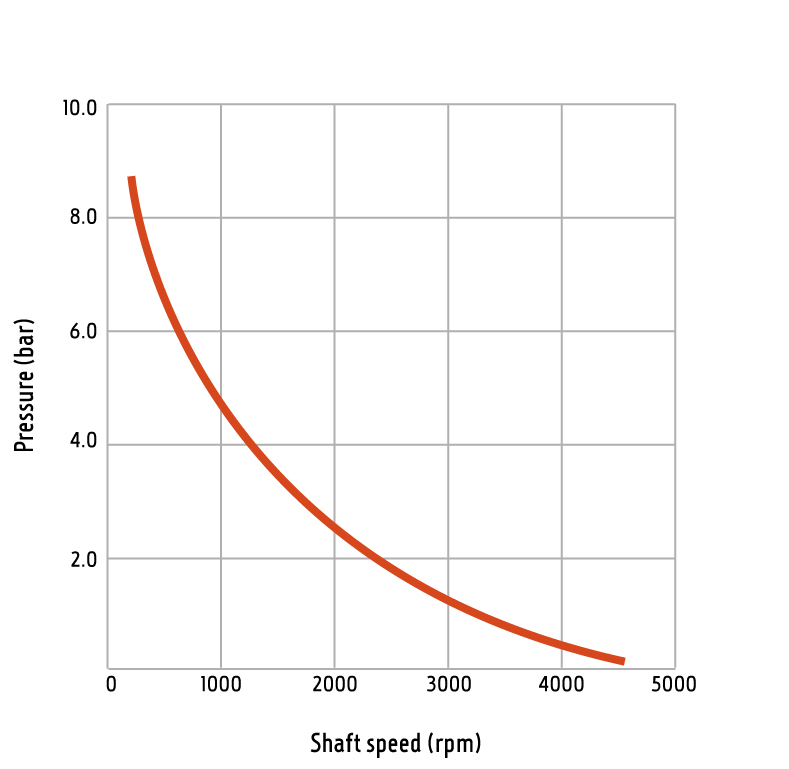